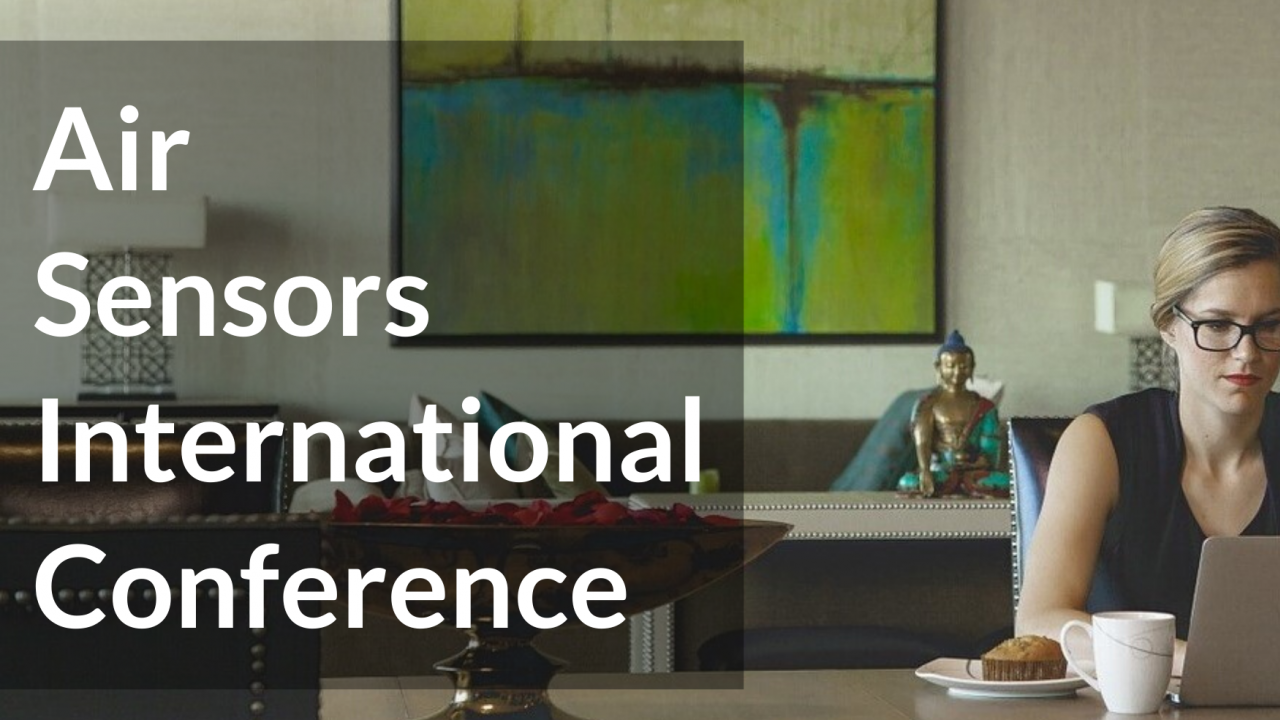 Summary: At the Puget Sound Clean Air Agency, one of our main goals is to characterize and communicate air quality with the active participation of the public. Lower cost air sensors are now a large part of that discussion and we are interested in communicating their benefits, drawbacks, and how to use them to get meaningful data.

To this end, we offer air sensors to individuals and groups through our air sensor lending program (https://pscleanair.gov/539/Air-Quality-Sensors). First, we contact the applicant and discuss their air quality concerns. This discussion is often enough to answer their questions or point them towards appropriate resources. If sensors would help answer their question, they are given the sensors along with documentation on how to operate them and interpret the data.

We often have members of the public ask us why the sensor closest to them is reading much higher than our reference monitors. Purple Air and other sensor manufacturers’ data displays often show the public uncalibrated and unfiltered sensor data. To lower the barriers to correctly interpreting sensor data, I have developed a map that combines reference monitors with quality controlled and calibrated Purple Air data (Sensor Map: map.pscleanair.org and description page: https://pscleanair.gov/570/Air-Quality-Sensor-Map). The Sensor Map has a Health view, which shows a health-based PM estimate, and an Instant view, which shows 1-min data and is useful during air quality events, such as wildfires.

One of the biggest challenges for community groups who want to work with sensors is taking the sensor data and creating a summary report. The Community Reporter is a tool I developed to ingest raw data from a variety of air sensors; QC and average the data; and create a summary report with graphs, maps, and text. It is our hope that these tools and the discussions that arise from their use will help the public interpret air sensor data and answer their air quality questions.

This abstract proposal centers on Safecast’s outdoor air quality monitoring efforts with the Los Angeles Public Library, a system of 72 branches and Pasadena Public Library, with 9 branches. The pilot project places 23 monitors at branches where librarians will train and nurture local groups of environmental scientists to review and respond to real time localized data collected at their branch and across Los Angeles and Pasadena. Network density, then, is not about evenly spreading numbers of units in a quadrant or siting monitors at known problem spots. By letting the librarians choose where monitoring takes place, the data becomes personalized - a representation of air quality in numbers that is directly experienced by each neighborhood.

Librarians are challenged to stay relevant in an age where online information eclipses what can be stored within its walls. As the branches are already trusted information, meeting, and discussion spaces, the Los Angeles and Pasadena Public Libraries are successfully using the physical “information space” to extend into the online “information space.” In this way data generated from these monitors is co-created by the community and the civic-funded organizations. Trust and access between the community and the Library are increased and scientists within the community will make use of the data to whatever ends best suits their goals for better air quality. Safecast is proud to support neighborhoods, individuals, and organizations in producing reliable environmental data and we are excited to engage ASIC participants to better serve this goal.

Summary: Lower cost air quality sensors are redefining the power of comprehensive spatial-temporal data. But while technology is advancing and creating new hyperlocal insights, cities are struggling to turn that data into local solutions that clean the air and improve local health.

Figuring out how to design and deploy an air pollution monitoring system, and then developing clean air policies based on the data, can be daunting. Environmental Defense Fund (EDF) will help guide local leaders to scientifically rigorous, meaningful clean air decisions, by giving a behind-the-scenes look at our monitoring efforts in pilot cities across the globe.

Through partnerships with technology firms, scientists, grassroots organizations and city leaders, EDF has garnered best practices for using both mobile and stationery monitoring networks to inform land use zoning and permitting, implement emergency public health interventions, and advise the design of traffic management measures and transportation projects. Learn key takeaways from our work in:
• London, UK, to measure pollution levels before and after the introduction of a new Ultra Low Emissions Zone;
• Houston, TX, to identify elevated levels of benzene (~300 ppb) near petrochemical facilities after Hurricane Harvey; and
• West Oakland, CA, to develop city-wide exposure reduction strategies, such as truck management and electrification, to benefit nearby port communities.

Summary: Have your technical questions about air quality monitors and networks answered by Adrian Dybwad. Whether you're new to air sensors or you're running a network in your community, Adrian can offer advice and support of your efforts.

Open-seneca: development of a low cost air quality sensor network and its implementation to measure PM2.5 in the city of Buenos Aires, powered by citizen science

Summary: Air quality reference stations provide data with low spatial and temporal resolution. They are also expensive, inhibiting their implementation in low-income countries. The design of mobile air quality sensors with a cost below £100 per unit is presented here together with the implementation of a citizen science monitoring scheme of PM2.5 in Buenos Aires, Argentina. During 7 weeks, 20 mobile sensors were used to gather over 400,000 data points across 3,500 km. Hourly mean PM2.5 values between 0 and 70 µg/m³ were measured and compared to a reference station. By doing a data baseline correction using different measures of centre in the data set from 15-minute periods, the method identified 20 pollution hotspots. Quadrants between 200 and 400 m2 with PM2.5>30 µg/m³ above the baseline can be visualized using a new methodology of interactive online maps. The data from this mobile sensor network is complementary to and enriches that of a stationary station. Insights on the added value of citizen engagement are also outlined. The expansion of these schemes offers strong potential for monitoring air quality in urban areas, particularly those that do not currently have reference stations and have limited financial resources.

Summary: In WA, local health jurisdictions have reached out to the WA Department of Health (DOH) for assistance with making decisions about school activity restrictions, closures, and additional air filtration needs during periods of wildfire smoke. Through the Wildfire Smoke Impacts Advisory Group of WA, which includes multiple agency, organization, and academic partners, DOH developed school closure guidance based on indoor particulate matter (PM) concentrations, but there is not an established protocol for assessing this. Variability in school building characteristics and spatial distribution of smoke present challenges to DOH and local agencies in providing guidance.

The advisory group also developed a method for local health jurisdictions and schools to use low-cost monitors to estimate their own ratio of indoor to outdoor PM concentrations over a short time period, which was pilot tested at three sites. Longer term indoor/outdoor data in locations with expected periods of high ambient PM concentrations will be used to assess how the ratio changes with variability in outdoor concentrations. This relationship will be applied to the schools’ findings, so during periods of wildfire smoke the schools may estimate indoor PM concentrations based on outdoor monitors. We will present findings based on low-cost sensor data to demonstrate how the method of indoor/outdoor ratios may be used to inform planning for clean air school environments.

Feedback from staff involved in the pilot project will help us understand facilitating factors and barriers to using the monitors, and if/how it supports schools in preparing for wildfire smoke. This project is an initial step in augmenting state agencies’ abilities to provide guidance to assist in regional community decisions about wildfire smoke and protection of children’s health, and is a work in progress. This project also explores how low-cost monitors may be useful in characterizing and mitigating exposure to PM from wildfire smoke.